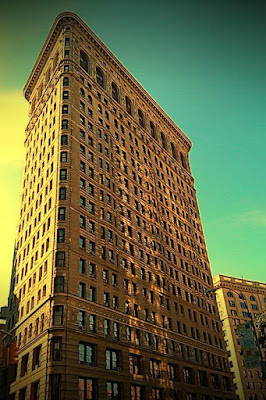 We went to the New York Gift Fair again this month. It was my second time at the show, and my only sales goal was to break even, since I pretty much broke even at the winter show. The stakes were raised, though, as I had a shared booth last time for half the price and this time I had it all to myself with all of the cost. And it's expensive. Did I sell more than the winter show? Yes. Did I break even? Uh, no.
* Sigh *

I can cite a million reasons that would explain why I didn't do so hot, mostly to do with the economy and the high cost of doing business in New York. I analyzed my display all 5 days of the show to see how it could be improved (and decided even though my display looks good, I'm ready for a total overhaul). I agonized over the lighting and decided it is not highlighting my jewelry to its best abilities. So many ways to change what I'm doing... So many possibilities to try and sell more jewelry...

Even if I had a killer display with the best location in the show, I'm still not sure I would do anything but marginally better. It's one of those things where you just have to build it up one step at a time and I think my business has grown really well through a lot of word of mouth and sales performance. Some examples: Customers ask their favorite shop if they carry my jewelry, and then the shop looks me up. My (very nice) retailers tell other retailers how well my jewelry sells, and based on these recommendations, I earn a new account. This past Atlanta market was a great example of building my business over time - it was my fourth time there and my best show ever by far due to loads of amazing reorders! Kick ass!

So when I put so much time, effort, hard work, and cash into a trade show, it's so frustrating when it doesn't seem to pay off. Sometimes you want to just tell people "Just buy it. It sells. I promise." But of course I can't say that without sounding like a jerk. I did open new accounts and that's fantastic, but with the money I spent vs. the money I made, I'm right back at square one. 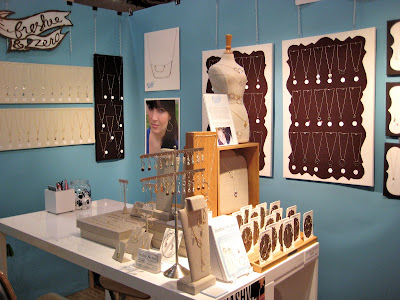 our NYIGF display - time for a change

However, you can look back on the months passed since a trade show and say "This account that I opened at the show turned out to be a great account and that made the show worth doing for sure!" but you never know if that will happen, and you can only hope. When you're sitting in your booth breaking out in a cold sweat adding up your expenses vs. your sales, it's a hard pill to swallow. So far, my sales resulting from trade shows in the long run are always higher than my show expenses, but as an actual return on investment, it's not very impressive.

So will I do NYIGF again? I'm not sure. I wish I could skip the winter show (too cold!) and do the next summer show but I'd probably lose my spot. But is it worth saving? I can't decide, and that contract is due soon...