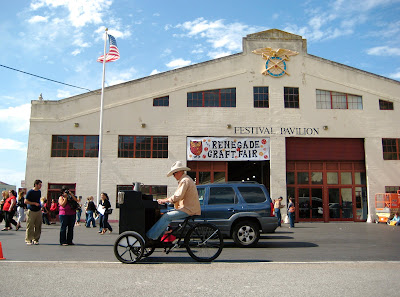 So Greg and I arrive back in one piece from Atlanta, and I was a little panicky about not having enough jewelry to take to San Francisco. I also had no idea how I was going to fit a display inside a suitcase! This was the first show I would be flying to, and I had just been procrastinating in thinking how it would really work.

For starters, I borrowed my parents humongous suitcase that is always over the 50 pound limit whenever they fly with it. I assumed I would fill it to over 50 pounds as well, but I had no idea it would cost me a $90 surcharge! What a rip off! We repacked it on our return trip and got it down to 49 pounds. Boo-ya!

Before I could even begin to fill the suitcase however, I assessed the jewelry situation. The one thing I didn't want to do was pull all of the jewelry off of my wholesale display canvases, since I would have to hang them all back up again when I got back for the Philadelphia Buyers Market of American Craft, and it's not a very fast process. However, Greg and I realized that we would have to reconfigure them anyway since I will be on a corner in Philly, so off they came. Greg was given the arduous task of removing all the jewelry, adding chain tags, pricing, and bagging. Not fun for him, but he was a champ and did a great job.

While he did that, I started making lists of what needed to be made and it was surprisingly small! Apparently, I had created a stockpile of earrings and other things before Atlanta when I was in a zombie-like state of mind. It seemed a little like Jesus was there feeding the 5,000, except that it was not bread and fish, but necklaces and earrings! Jewelry was multiplying before my very eyes and it was miraculous!! The weight was lifted, and I definitely had enough jewelry for San Francisco. Praise the Lord. For reals.

We arrived in San Francisco at last! The trip I had planned for for months was officially starting! Thanks to my trusty guidebook, we already had plans. We went straight to Chinatown and ate at the Oriental Pearl. Of course we had Dim Sum which was good, but I don't know what the big deal is - it tastes just like shumai which you can get at any sushi restaurant. Their entrees were really fresh, though.

The next day, we got up at the crack of dawn, which luckily wasn't too early for us since we were adjusted to Eastern time. We headed to the show at Fort Mason Festival Pavilion in a taxi and of course were one of the first people there. It was cool to see the transition of empty pavilion... 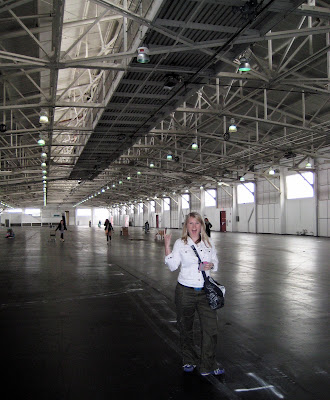 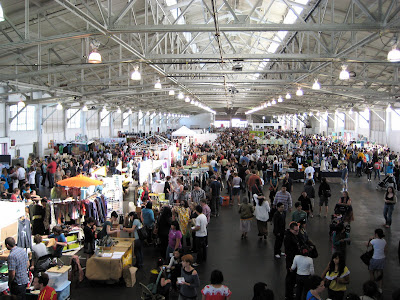 There was a lot of talent in that room! Unfortunately some of that talent was jewelry competition. :( I had a good show, but it was not as good as I had expected and I wonder if it was because there was just so much good stuff and so many vendors to choose from, and unfortunately buyers only have so much money. And I'm definitely more accustomed to southernors who are not very picky. San Franciscans are a picky bunch. Even though I had a ton of jewelry, so many times customers would ask if I had A but a little more like B or with a longer/shorter chain, and if I couldn't make it happen, they would walk away. Southernors would be like "okay!" and pick out something else. Of course this is a gross overgeneralization...

One thing I was not prepared for, was how cold San Francisco was! The forecast said 70 but it did not account for the wind chill! And of course I brought a white denim jacket that got dirty almost immediately. That jacket and my Squasht by Les hat were my uniform for the show. I also bought some groovy hand warmers that helped a lot by Texture. And speaking of indie peeps, I met a lot of people I had admired for a while or just discovered, and acquired some other new purchases. Such as: Rock Scissor Paper, Birdy Botanicals, Appetite, Ink Lore, Invita, and Cosmonaut. People were very friendly, and everyone in that building from Tennessee said hit to me, which was great!

Our last day in San Francisco was spent in a GoCar, which was fantastic. Not only did we get to drive a three wheeled car, we got a gps guided tour! It was a beautiful, scenic and easy way to see San Francisco without getting lost. I kinda wish we had a GoCar tour in Nashville so I could learn new Nashville trivia! 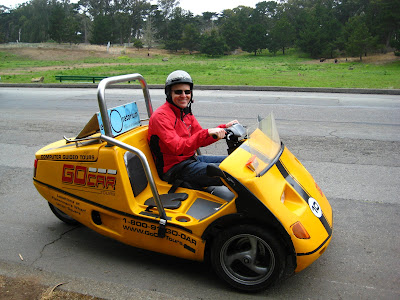 We looked kinda dorky, but everywhere we went, people were taking our picture, which made us feel like celebrity tourists. The best part? During the entire 2 1/2 hour tour, I did not think about jewelry once, and that was a vacation unto itself.

During our stay, we ate at the Monk's Kettle which was delicious despite the snarky waiter and the sketchy location. Their beer selection was almost as good as the Brick Store Pub in Atlanta, and that's saying a lot! 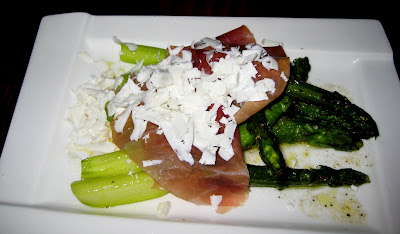 lemon-glazed asparagus with proscuitto and ricotta salata at Monk's Kettle
Cafe Claude was also amazing - thanks to Amy of Olaria for the recommendation! We also ate really yummy sushi at Sanraku, which was right down the street from our hotel, the Hotel Vertigo, which I highly recommend too.

sushi at Sanraku
The show paid for the trip, although I didn't make much on top of that, but who's complaining? I would consider flying to a show again, but I would definitely make a longer trip out of it so that it could justify the expense of renting a car. Taxi's get expensive fast, but in San Francisco it would have been too expensive to park our car and rent one. I definitely would not recommend only giving yourself two days between two big shows, though. That was a little stressful, and not the smartest thing I've ever done. It was all worth it, though! 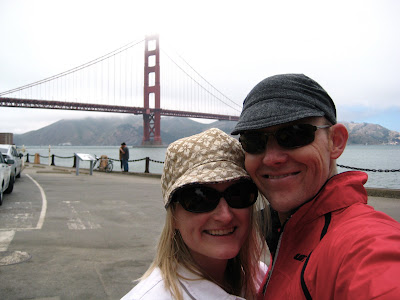