Written by Beth Lawrence
Filed under
exciting news
Previous
I just realized I forgot to blog about one of the most amazing things that has happened to me in the last year! Curse you, baby brain!! I posted this on facebook, but Lord knows those posts get buried in a pile of posts never to be seen again after about, oh, an hour. So here it is: Chelsea Handler wore my Antique Stone Necklace at least three times on her show Chelsea Lately. Cue the screams!!! 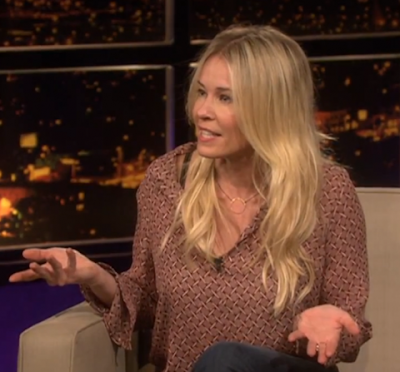 As in, I was screaming and jumping when I first saw it on tv. I was just hanging out on the couch (nine months pregnant), watching one of my favorite shows when I shot up - I knew that necklace and Chelsea Handler was wearing it! My husband and I attempted to photograph it on tv as the show aired, but that was kind of a foolish pursuit. I later searched YouTube to try and get a screen shot of it and I found her wearing it on two different episodes! Then a month later, I saw her wearing it on a third episode! Oh, Chelsea, you know how to make a girl smile. Can we be friends?

Want to grab her style? You can fetch one of these necklaces on our website here.